WE'VE ASSEMBLED SOME OF THE BEST TALENT FROM ACROSS THE
COUNTRY FOR OUR ACCOUNTING TEAM.

S.E. Owens Company takes the utmost care and pride in our staffing, making sure we are a well-balanced, talented team with a range of professional and interpersonal skills that complement one another and work well with the clients.
​
Stacy Owens 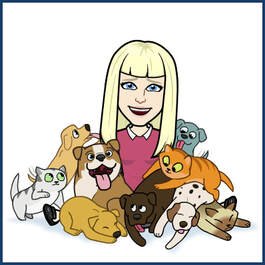 ​Stacy has over 20 years experience in political treasury and compliance, and non-profit bookkeeping and accounting.  Stacy is a lifelong animal rights activist and advocate. Stacy has built S.E. Owens & Company to provide professional and personalized service to the clients and causes she cares about deeply.
Marissa Quaranta 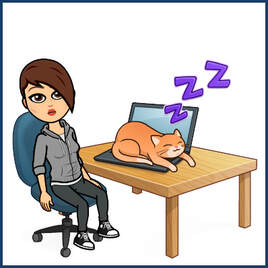 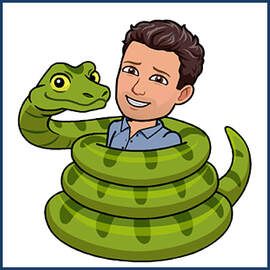 Tony is the firm’s expert in the contributions and income side of political accounting and compliance. Tony’s interests lie in local politics, crime novels, entertainment and sports culture. He’s an Oakland native and attempts to keep up with the ever-changing dynamics of the city. Tony spends most of his time with family and friends in the Bay Area.  Tony can be reached at: tbarra-gibson@seowenscompany.com.
Peter Sullivan 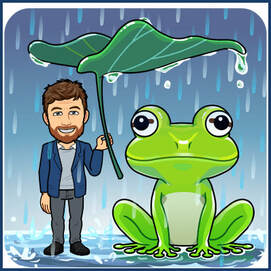 .A graduate of Pitzer College with a degree in Political Studies, Peter's political experience began on Capitol Hill where he served as an intern in the office of Congressman George Miller. More recently, Peter worked at Progressive Punch, a searchable database of Congressional voting records, and Progressive Kick, a 527 and Super PAC, where he helped support the design and implementation of independent expenditure campaigns throughout the country, including  managing all campaign financials and reporting.  An East Bay native, Peter enjoys biking, playing music and spending time with his family. Peter can be reached at: psullivan@seowenscompany.com.
Andreana Darretta 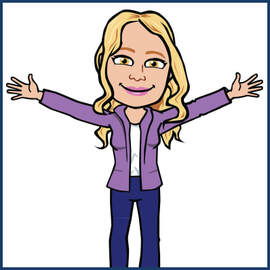 Andreana works as a bookkeeper at S.E. Owens & Company.  In addition to bookkeeping/accounting she also has experience in the medical and service industries.  Andreana loves the beach, music, and her dog. She’s a happy, outgoing, and positive person who likes to make people smile.  Andreana can be reached at: adarretta@seowenscompany.com.
Esther Darretta 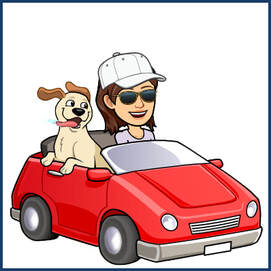 Esther specializes in non-profit bookkeeping and assists S.E. Owens clients with all manner of bookkeeping needs. She is a Sales Tax and Payroll specialist, as well as a Quickbooks specialist, and has over 25 years of bookkeeping experience working in both the public and private sectors. Esther has worked as an independent bookkeeper with clients in various fields of industry. Specializing in customer service, Esther believes that each client is unique and deserves personal attention to assure that their bookkeeping needs are met with the highest level of professionalism.  Esther is a fitness enthusiast and enjoys spending time both on the beach and out on the water. When she is not working, she loves to spend time at the beach with her Maltipoo pup, Nani.  Esther can be reached at: edarretta@seowenscompany.com.
Callie Coker 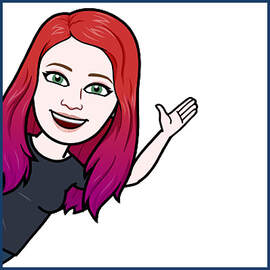 Callie assists with maintenance and reconciliation of political campaign accounts, and provides clients with reporting, keeping them up-to-date on the status of their accounts.  Callie can be reached at: ccoker@seowenscompany.com.
Brad Witherspoon 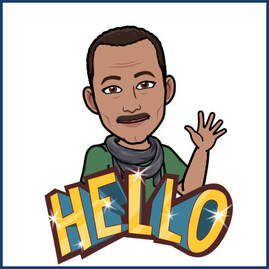 Brad brings over 35 years of bookkeeping, accounting, human resource and compliance experience in both the for-profit and non-profit sectors. He has worked in a variety of fields including public affairs, campaign management and business consulting, restaurant and retail, e-commerce, and healthcare. A Midwest transplant who has called San Francisco home since 1988, Brad and his husband have traveled the globe exploring the many cultural and natural wonders this big blue planet has to offer. In addition to travel, Brad's interests include cooking, reading, politics, the arts, protection of the environment and animal rights, ecstatic dance, spinning and hiking. Brad can be reached at: bwitherspoon@seowenscompany.com.
Marissa Medina 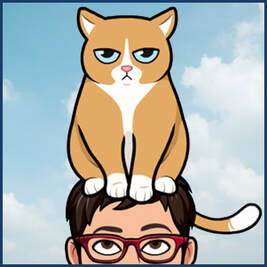 Marissa assists with maintenance and reconciliation of political campaign accounts. Marissa’s experience comes from working in the public sector in the finance department of a municipal agency. As a business tax officer, she helped businesses comply with city tax provisions and ordinances. She is also an Angeleno who loves being close to the water; her car is always equipped with a towel, snacks, and a good book so that a quick escape to the beach, river, or lake is possible. Born and raised in LA, she was lucky to have beaches a few minutes from her at all times.  Marissa can be reached at: mmedina@seowenscompany.com.
Jena Davis 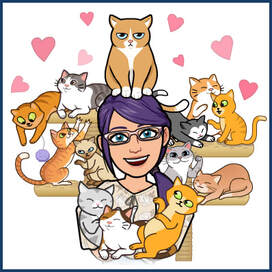 Jena heads the accounts payable department at S.E. Owens & Company. She studied accounting and bookkeeping in college after coming from a long line of accountants and bookkeepers on both sides of her family.  When not working, Jena enjoys spending time with family, playing board games, reading with a cat on her lap, walking with her dog, and crafting.  Jena can be reached at: jdavis@seowenscompany.com.
Mike Davie 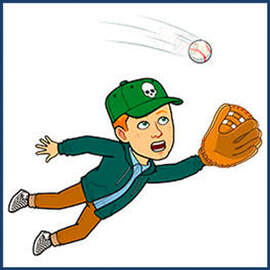 Mike is our Project Coordinator & Administrative Assistant. He has a background in social media, community building and events. He’s passionate about Oakland, the A’s and everything in The Town. So much so that his friends refer to him as “The Mayor of Oakland” He loves to bbq and bring the community together. One of the biggest extroverts, he's happy to chat anytime. Reach him at mdavie@seowenscompany.com.
Claire Jones 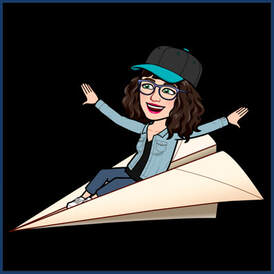 Claire assists with reconciliation and compliance. She brings six years of teaching and event management to S.E. Owens & Company. Outside of work, she enjoys cooking, talking baseball, and podcasts. She previously lived in Spain, where she earned a Master of Arts in Bilingual Education. Claire can be reached at: cjones@seowenscompany.com
Beth Budd 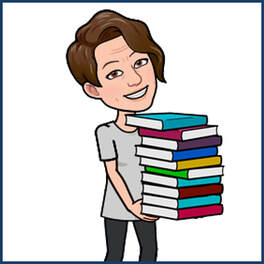 Beth has led many lives from professional dancer and dance teacher to nonprofit Executive Director. She has more than 25 years’ experience in finance, accounting and nonprofit management including positions at American Express, Spoleto Festival USA and Duke University. She earned her B.A. in Economics at Agnes Scott College in Decatur, Georgia and received her M.B.A. and an M.A. in Arts Administration from Southern Methodist University in Dallas. Her personal passions are dogs, food and books. She owns more than 3000 volumes (and hopes to read them all one day). She thinks of herself as a champion of the underdog (of all kinds and breeds) and rescues pit bulls in her home state of North Carolina. She can be reached at: bbudd@seowenscompany.com.
Amy Degner 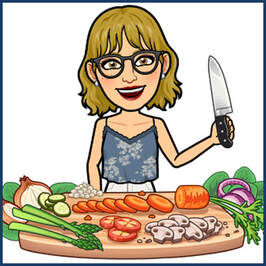 Amy comes to S.E. Owens with a dynamic background in art, yoga, activism, and business. She has crunched numbers for several public, private, small, and large businesses in a variety of industries. She is thrilled to be working with an organization whose client base strives to make the world a better place. Outside of business hours, you can find her in the ocean surfing, going on adventures with her chihuahua Oliver, cooking up a vegetarian feast, exploring the Oregon wilderness, or on a yoga mat.  Amy can be reached at: adegner@seowenscompany.com.
Chris Davis 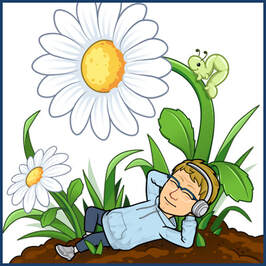 Christopher (Chris) is our Administration Specialist, assisting the contributions, compliance, and payables departments.  When not working, he's commonly found either with a video game in hand, or wandering around for a good nature photo.  Chris can be reached at: cdavis@seowenscompany.com
Alok Gupta 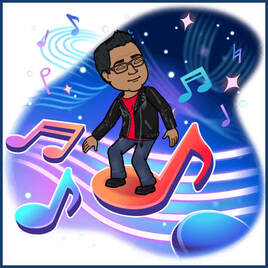 Alok works as the Database Project Coordinator & Compliance Specialist for SEO Owens.  Most recently he has worked in the nonprofit sector serving the residents of East Palo Alto, North Fair Oaks, and the rest of San Mateo County.  He also has experience in the education and tech sectors. As an oceanographer by trade, Alok has an adventurous spirit enjoying the great outdoors, especially around his home in Half Moon Bay, California.  If the conditions are cooperative, you can find him SUP surfing or enjoying the many great culinary pilgrimages in the Bay Area.  Don't ask him about vacuum tube electronics (specifically stereophonic analog audio), musical history and culture (specifically impressionism as expressed in music), or mathematics (specifically variational calculus on Banach Spaces reduced to Hilbert Spaces) unless you have an afternoon or evening free and a festive libation in hand.
Alok can be reached at: agupta@seowenscompany.com.
Julian Salkin 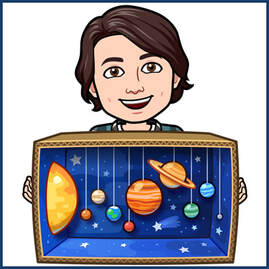